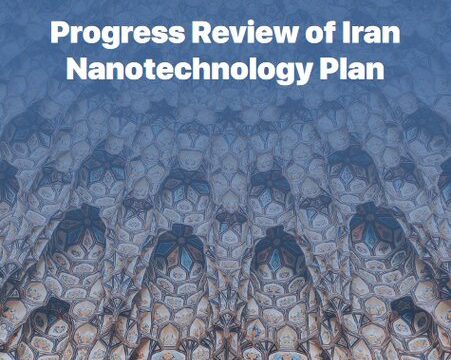 Iran Nanotechnology Innovation Council (INIC), in a report published in English, has reviewed the activities and developments in Iran’s nanotechnology program from its onset onward until the end of 2021. This report is organized in 6 sections.

The following is a brief description of the report.

In the first section, entitled In Pursuit of Excellence, the historical process of formation of Iran Nanotechnology Innovation Council and the national policies for the development of nanotechnology since 2001 are delineated.

The second section is called Nanotechnology Human Resources. Opening the section, the results of the activities in the field of high school students’ education on nanotechnology are stated. In this regard, NanoClub’ achievements, namely familiarizing 1.2 million students with the principles and applications of nanotechnology, holding festivals, Olympiads and various workshops and establishing a network of nanotechnology student laboratories have been presented. Next, the activities carried out in line with the empowerment of university students, including the establishment of a nanotechnology education foundation, holding national nano competitions, Nanostartup, and “Tavanmand” and “Karno” programs are discussed.

The fifth section is called Nanotechnology Industrialization. In the first part, the Iranian nanotechnology challenge program – entitled NanoChallenge – is described. In this competition, private or state-owned industrial companies can find the most appropriate technological solutions to their problems. From the beginning of 2016 to the end of 2021, 63 rounds of this competition were held and 1741 proposals were submitted, of which 180 plan were selected and 16 of them were implemented successfully. Subsequently, the Nanotechnology Exchange Network’s activities since its launch in 2016 up until the end of 2021 are described. This network has been created to meet the demands of industrial companies based on domestic nanotechnologies. In this network, 44 nanotechnology exchange brokers are active and during this period, 3536 industrial applications were submitted, while 312 nanotechnology exchange projects between technologists and industrial companies were successfully completed in the country. The final part of this section provides an overview of the situation of nanotechnology products in Iran. Accordingly, by the end of 2021, 834 nano products had been produced in various industrial areas.