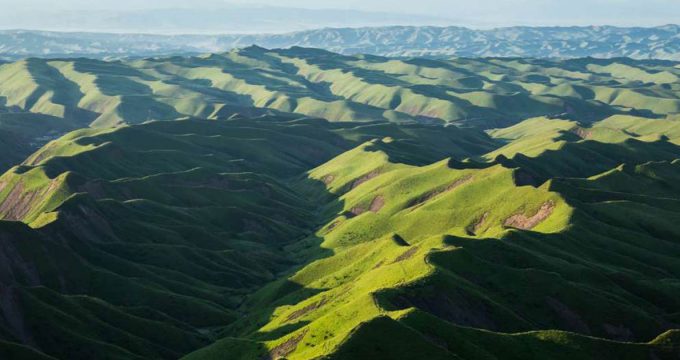 The northern provinces of Iran, with their dense forests and mesmerizing natural beauties are a good destination for tourists, especially in spring and now that the Persian New Year holidays, known as Nowruz, are just around the corner.

The city of Ramian, located in the east of Golestan Province, is one of those destinations, offering both natural and historical attractions all together.

Ramian, with a nearly 87,000 population, covers a land area as large as 783 km2 and is surrounded by Alborz Mountains.

Prior to the COVID-19 pandemic, the city each year hosted thousands of foreign and Iranian tourists, especially during the Nowruz holidays.

The number decreased after the pandemic began. But now, conditions are again ripe for receiving tourists as the disease has largely been contained and some restrictions have been lifted.

Miran Castle, springs and waterfalls as well as countryside areas are among the natural beauties of the Ramian city. Historical attractions there include a bathroom called Orouj and several caves.

The paragliding site in Ramian is quite well-known among fans of this adventure sport. In the sprig time, the site located on high land becomes more beautiful and turns into an attraction as fruit like strawberry are harvested.

Silk-made clothes are the most distinguished handicrafts in Ramian which is now along with the city of Minoudasht serves as a hub of silk production in Golestan Province.

Women contribute to making most silk products that include towels, dresses, tablecloths and handkerchiefs.

In 2013, Ramian received a certificate from the UN’s cultural agency, UNESCO, for its silk-weaving.

This spring named Gol (meaning flower) is located nearly 6km south of Ramian, on the hillside of Penhan-khaneh Mount, and is regarded as a natural pool. It is 90m long, 80m wide and has a depth of 34 to 44 meters. Some people say the depth is 80 meters.

The spring covers an area of 5,658 m2 and is surrounded by forest from three directions and farm land from the fourth direction.

Other springs located in Ramian are called Seyyed-Kalateh and Neelberg. The first one is located beneath old trees, and beside Bagherabad village. Neelberg is located in the heart of a forest with the same name and supplies part of drinkable water the city’s residents.

Also called Maran and Muran, this castle every year attracts many nature-lovers and mountaineers because of its peaks always covered in snow.

Pashmaki cave is one of the most beautiful places of its kind in Golestan Province. It has only a mouth and is a mesmerizing place with its beautiful duckweeds growing inside.

Orouj Bathroom, a historical place, was built in the early years of ruling of Mozaffraddin Shah of the Qajar Dynasty.

Ramian has several waterfalls, all located near the city. Pashmaki Waterfall is lied in the countryside, while the two others called Sorkh-Kamar and Shirabad are located in the heart of forests. Shirabad lies 6km south of the North-Mashhad International Road, and nearby, there is a natural cave too.

This park is located beside the North-Mashad International Road and renders welfare services to visitors, as well as pilgrims on their way to Imam Reza’s holy shrine in the city of Mashad.

Villages in the countryside of Ramian, where accommodation is also offered, are regarded as other tourist attractions of this city.
Local officials say other places to stay include hotels, hotel-apartments and motels.

Iran's Golestan province March 19, 2022
Iran nuclear deal ‘could be agreed within 48 hours’: report
Travelers to Iran must have received two doses of vaccine