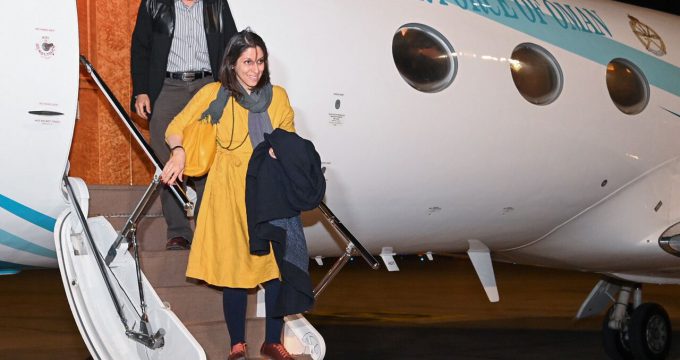 Oman thanks Iran, UK for “good will” over release of detainees

Oman’s Foreign Minister Sayyid Badr Albusaidi has thanked Iran and Britain for their “good will” and “numerous efforts” over the release of Nazanin Zaghari-Ratcliffe and Anousheh Ashouri who had been held in Iran.

Badr Albusaidi shared on his twitter page a picture of Zaghari-Ratcliffe and Ashouri getting off an Omani airliner at the Muscat Airport.
The top Omani official announced the imminent departure of the two women to the UK, and expressed hope that the latest development would “lead to progress in dialog between the two sides.”
Oman’s official news agency had earlier said that the women, both Iranian-British, were released through trilateral cooperation between Oman, Iran and the UK.
On Wednesday, Iran thanked Oman for its constructive role in the release of Nazanin Zaghari-Ratcliffe and Anousheh Ashouri who had been serving jail terms for espionage against the Islamic Republic.
The Iranian Foreign Ministry has said the pair were released on humanitarian grounds and before completing their terms.
British Foreign Secretary Liz Truss has also thanked Oman for its help in the release Zaghari and Ashouri. Truss said she had met with her Omani counterpart in December last year and held talks with Iranian foreign minister Hossein Amirabdollahian twice last month to discuss the release of the two women.