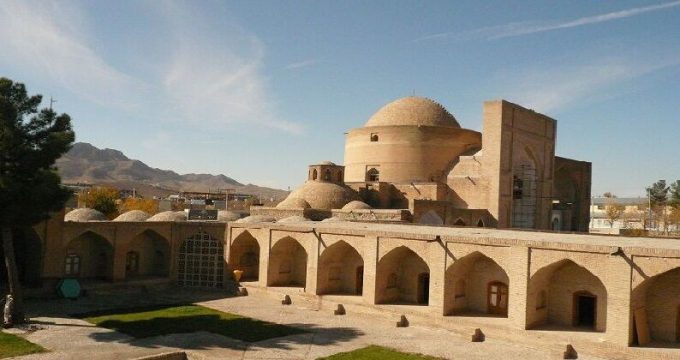 Torbat Heydariyeh county, which has been named the capital of red gold or saffron, is prepared to host tourists during the Iranian New Year or Nowruz holidays.

Torbat Heydariyeh country is situated in Khorasan Razavi province, northeast Iran. The county possesses tourist and historical attractions, including eye-catching landscape as well as cultural heritage sites.
The history of the city dates back to pre-Islam era and it has been named after Ghotboddin Heydar, a great mystic who was buried in this area.
Iranian and foreign tourists know the city as a capital for producing saffron and silk in Iran.
According to official statistics, Torbat Heydariyeh produces 86% of silk and 70% of saffron in Khorasan Razavi province.

In addition to saffron and silk production, the county is of great importance because of its geographical and historical situation as well as natural heritage.
Officials active in tourism industry predict that more than 200,000 tourists would visit Torbat Heydariyeh during the Nowruz holidays.
Following two years of observing health protocols amid coronavirus pandemic, the number of tourists declined in the county, but thanks to all-out efforts made by health personnel to vaccinate people in recent months, those who have got three shots are permitted to visit several cities in Iran.
Ali Mohammadi, head of Torbat Heydariyeh’s Cultural Heritage, Tourism and Handicrafts Department, said that the city officials plan to introduce one tourist attraction each day during the Nowruz holidays.

Historical, natural and cultural attractions will be utilized to help economic thrive of the county, the official said.
The department is going to prioritize using capacity of villages in boosting tourism industry, he said, adding that rural festivals and local plays are among programs to be performed from March 16 to April 4.
There are several tourist attractions in Torbat Heydariyeh county, including RoodMajan Waterfall, Bazmay No-Hunt Zone, Pishkuh Forest Park, Malekuh Peak and Museum of Anthropology.