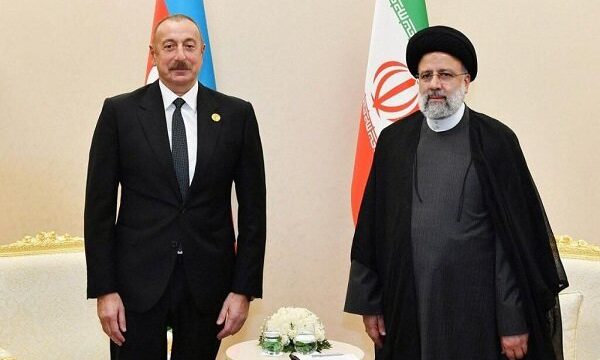 Congratulating the 30th anniversary of Iran-Azerbaijan diplomatic relations, Azerbaijani President Ilham Aliyev stated that there are many prospects for further development of the two countries’ mutual cooperation.

Azerbaijan’s President sent a congratulatory message to his Iranian counterpart Ebrahim Raisi on the occasion of the 30th anniversary of the establishment of diplomatic relations between the two countries.

Stating that the main foundation of the relations between the Republic of Azerbaijan and Iran is based on mutual respect and good neighborliness, Aliyev said that the will of the two Iranian and Azerbaijani nations are intertwined with religious and cultural roots.

Aliyev went on to say that the high level of friendly relations between Iran and Azerbaijan today is the result of the joint activities of the two countries over the past thirty years, noting that numerous reciprocal trips, signed documents, and joint projects have played important roles in the development of the countries’ dynamic cooperation in the political, economic, transportation, energy, cultural and other fields.

The Azerbaijani president appreciated the regular political talks between Iran and his country, saying that there are many prospects for further development of Iran-Azerbaijan mutual cooperation today.

He also stressed the importance of the MoU signed between Iran and Azerbaijan on the establishment of new relations between the East Zangezur Economic Zone of the Republic of Azerbaijan and the Nakhchivan Autonomous Republic.