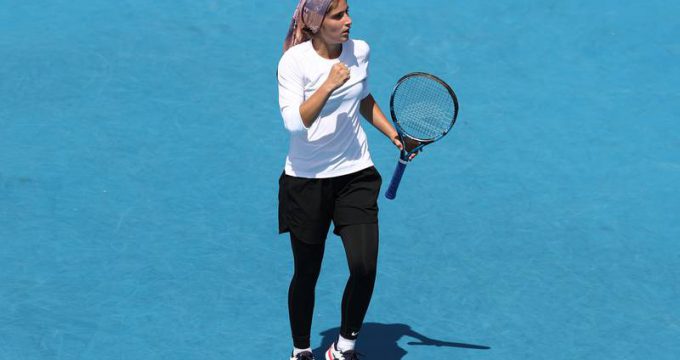 Australian Open Juniors: Meshkatolzahra Safi of Iran into 2nd round

Iranian Meshkatolzahra Safi has advanced to the second round of the Tennis Girls’ Singles of the Australian Open after a historic two sets to love victory over Anja Nayar of the hosting country.

The 17-year-old Iranian overcame her Australian opponent with a score-line of 6-4 and 6-3. After claiming titles in several under-18 world tournaments Safi made a name for herself and worked her way up to earn the 74th spot in the junior top 100.

Safi is the first tennis player from Iran to be ranked by the International Tennis Federation within the top 100 of the junior world rankings and compete in a junior grand slam. She will go against the winner of Belgium and Kazakhstan in the second round.