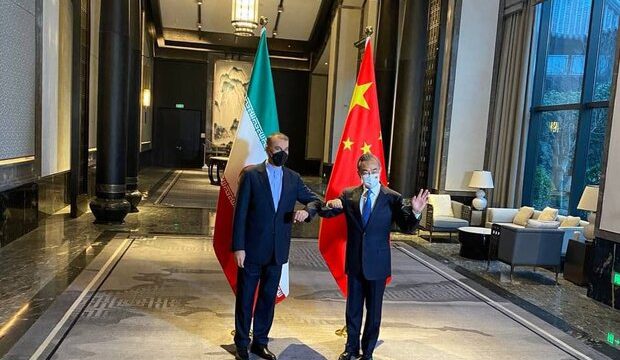 Iranian Foreign Minister Hossein Amir-Abdollahian said that a 25-year strategic partnership deal with China has come into effect as part of the outcome of a key visit to China.

“We agreed to announce today as the date to begin implementing the comprehensive agreement on strategic partnership” between Iran and China, Amir-Abdollahian said, after concluding detailed discussions on Sino-Iranian cooperation with the Chinese foreign minister in China on Friday.

Iran and China signed the landmark 25-year comprehensive strategic partnership agreement in March last year in defiance of the US unilateral sanctions to strengthen the long-standing economic and political alliance.

The deal officially documents the Sino-Iranian Comprehensive Strategic Partnership that had been announced during a visit by Chinese President Xi Jinping to boost economic cooperation between the two countries for the next 25 years and paves the way for Iran’s participation in the Belt and Road Initiative, a massive infrastructure project stretching from East Asia to Europe.

During the Friday meeting with China’s foreign minister, Amir-Abdollahian pointed to the significance of the 25-year partnership agreement signed between Tehran and Beijing and emphasized that the implementation of the document would be an important event and a fundamental change in relations.

Referring to the plans to commemorate the 50th anniversary of the establishment of political relations between the two countries, the Iranian foreign minister voiced Tehran’s readiness to expand all-out relations with Beijing.

He hailed China’s constructive cooperation with Iran in providing more than 110 million doses of coronavirus vaccines.