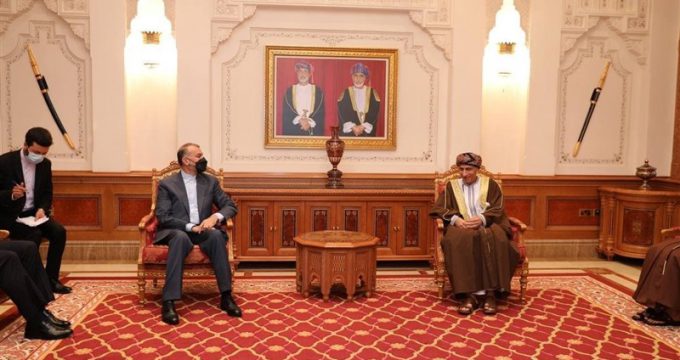 Foreign Minister of Iran Hossein Amirabdollahian described the Sultanate of Oman as a main priority when it comes to regional cooperation, stressing the need for the promotion of political, economic and cultural relations between Tehran and Muscat.

During his one-day visit to Muscat on Monday, the Iranian foreign minister held a meeting with Deputy Sultan of Oman Fahd bin Mahmoud Al Said to discuss the latest developments in relations between the two countries, as well as important issues in the region.

The top Iranian diplomat also conveyed the greetings of the Iranian president to Sultan Haitham, and appreciated the presence of the Omani delegation at the inauguration of the 13th president of the Islamic Republic of Iran.

Highlighting the policy of Iran in prioritizing cooperation with the regional countries, Amirabdollahian called Oman one of the main priorities for cooperation in the region and emphasized the comprehensive expansion of cooperation between the two countries in different political, economic and cultural fields, the Foreign Ministry’s website reported.