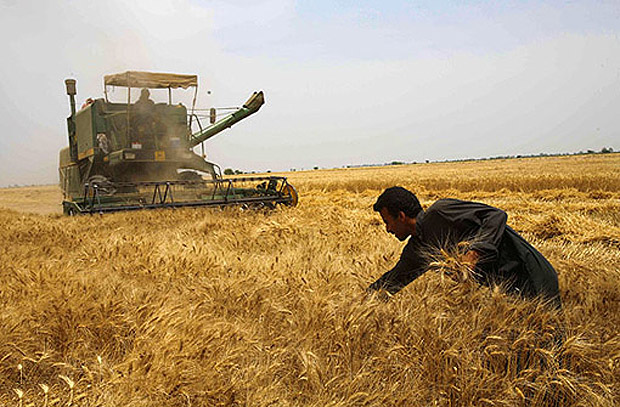 Iran’s agriculture ministry says contract farming for wheat has expanded to cover nearly 150,000 hectares of lands in the country amid efforts by the government to promote the method to both boost agriculture production and to protect farmers against price fluctuations and other risks in the market.

A senior official in Iran’s Government Trading Corporation (GTC), the body responsible for supply of staples in the country, said on Sunday that contract farming had been implemented in seven out of 31 provinces in the country.

Morteza Saadati Kia, who serves as GTC’s head of domestic purchase operations, said that the contracts are expected to guarantee wheat supplies of over 434,000 metric tons in the next harvesting seasons starting in May.

Saadati Kia added that nearly 11,500 farmers had contributed to the contract farming scheme, a first in Iran where farmers normally prefer to sell their produce to middlemen in wholesale markets.

He said the GTC had supplied nearly 60,000 tons of agricultural inputs under contracts signed with wheat farmers, adding that the inputs will diversify in the near future to cover seeds, pesticides and fungicides.