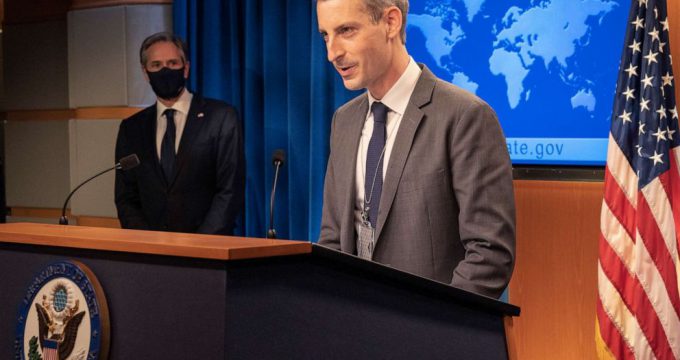 US Department of State spokesperson said that some modest progress has been witnessed in the Vienna talks that were resumed last week.

Speaking in his weekly press conference, US Department of State spokesperson Ned Price spoke about the latest development over the sanction removal talks resumed on January 3 between Iran and the P4+1 group during Vienna talks.

“What we can say at this point is that there was some modest progress in the talks last week”, Ned Price said, adding,” We hope to build on that this week.”

At the same time, he repeated baseless remarks against Iran’s peaceful nuclear program, claiming, “What is clear is that if we do not soon reach an understanding on mutual – on a mutual return to compliance, Iran’s accelerating nuclear steps will increasingly diminish the nonproliferation benefits of the JCPOA.”

This comes that Tehran has always asserted that the level, amount, and quality of its uranium enrichment is in line with the needs of Iran’s peaceful nuclear program, and the IAEA is aware of what Iran has done so far,

The new round of sanctions removal talks between the representatives of Iran and the P4+1 group of countries — Britain, France, Germany, Russia, and China — was kicked off on Tuesday evening at the Coburg Hotel in Vienna.

The talks are focused on the removal of all sanctions imposed on Tehran after Washington’s unilateral withdrawal from the agreement. The US is not allowed to directly attend the talks due to its pullout in 2018 from the landmark deal with Iran.