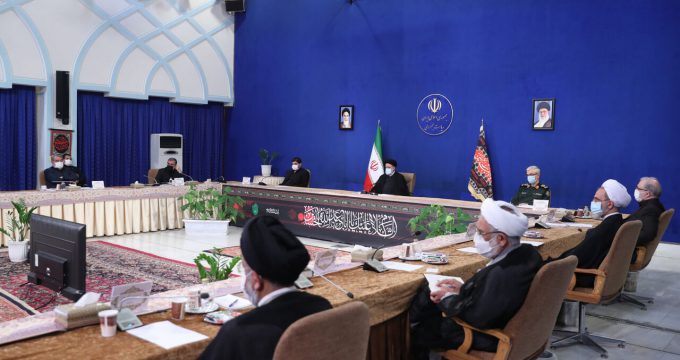 Iranian President Ebrahim Raisi said his administration is pursuing the policy of expansion of economic and trade relations with other countries.

In comments at a Sunday meeting of the cabinet, President Raisi said Iran’s policy is now based upon the enhancement of economic and trade relations with the other countries.

He also paid tribute to late Iranian commander Lt. General Qassem Soleimani, saying, “Martyr Soleimani was a real man in the field and in practice showed his commitment to the Guardian and the Leader.”