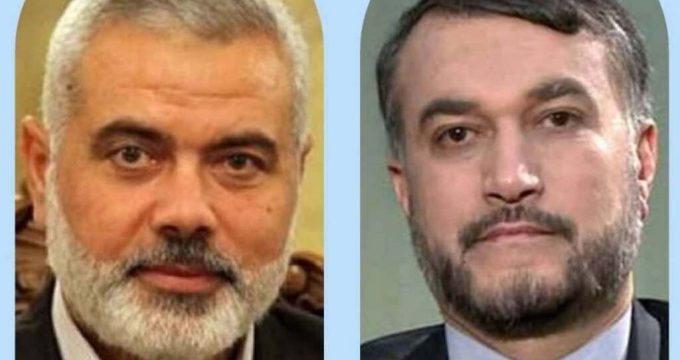 Addressing the Head of Palestinian Islamic Resistance Movement, Hamas, Political Bureau, Iranian Foreign Minister stressed that the fake regime of Zionists is the cause of troubles and the root of all problems in the region.

In a telephone conversation with Ismail Haniyeh Head of Palestinian Islamic Resistance Movement, Hamas, Political Bureau, Iranian Foreign Minister Hossein Amir-Abdollahian congratulated the 34th anniversary of the establishment of the movement and stressed Iran’s continued support for the Resistance of the Palestinian people.

In this telephone conversation, the Iranian Foreign Minister called the Hamas movement one of the pioneers of the Islamic Resistance in the liberation of Holy Al-Quds, “Today, the Resistance has a pivotal role in realizing the historical rights of the Palestinian people.”

Referring to the recent move of the British government in declaring Hamas a terrorist organization, Amir-Abdollahian said that it was a political move against the Palestinian people.