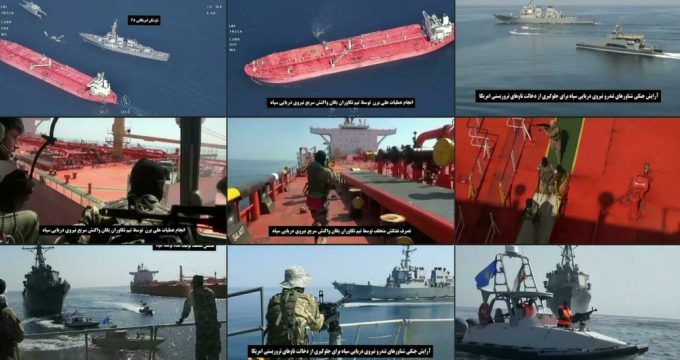 The commander of the Islamic Revolution Guards Corps (IRGC)’s Navy says during confrontations in the Persian Gulf over the past 18 months, Iranian forces have slapped the Americans six times.

Rear Admiral Alireza Tangsiri, speaking at a gathering of Basij students at the former US embassy compound in Tehran Saturday, was apparently referring to the period since the US assassination of Iran’s legendary commander General Qassem Soleimani in Baghdad.

The Iranian youth, he said, should know “the importance of the Persian Gulf and the fact that our country is of great geographical significance”.

“This importance has led us to slap the Americans six times in one and a half years of confrontations, many of which have not been covered by the media yet,” Admiral Tangsiri said.