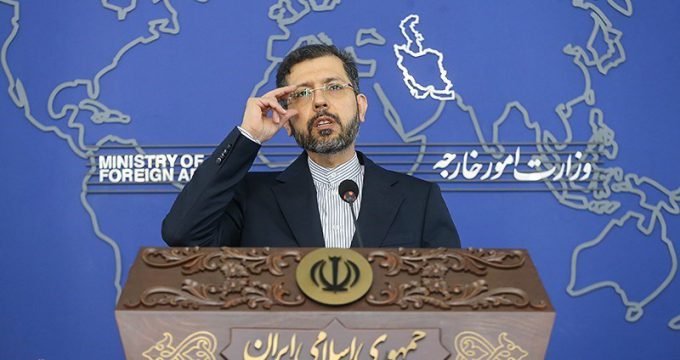 Iranian Foreign Ministry spokesman urged Canadian officials to stop their systematic policy of genocide, saying that they should hold accountable for their complicity in the Zionist regime’s crimes against humanity.

Iranian Foreign Ministry spokesman made the remarks in reaction to the anti-Iran resolution drafted by Canada, with the support of some Western countries in the Third Committee of the UN General Assembly.

Saeed Khatibzadeh stressed that such human rights resolution against Iran is the repetition of baseless allegations based on false information and dishonest generalizations.

Iran condemns the moves of the Government of Canada and the other founders of this resolution, he said, adding that this is a clear example of the misuse of transcendent human rights values ​​to achieve short-sighted political motives, and it has no legal effect.

Iranian senior diplomat called on the Canadian authorities to work to improve their domestic and international inhumane moves.

Saying that Canadian officials must stop the regime’s systematic policy of genocide against Indigenous Canadians, he added that they must be held accountable for complicity in the Zionist regime’s crimes against the Palestinian people.