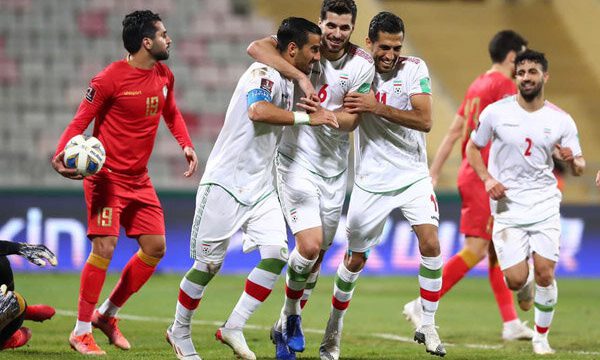 A dominant display from Iran at the King Abdullah II Stadium saw Team Melli cruise past host Syria 3-0 in Matchday Six of the AFC Asian Qualifiers – Road to Qatar on Tuesday.

Iran went into the game off the back of a five-match unbeaten run, and it cemented its place at the top of Group A with a fifth win in its last six, moving up to 16 points, while Syria was rooted to the foot of the group without a win and remained there after the game.

Sardar Azmoun opened the scoring for Dragan Skocic’s team in the 33rd minute.

Nine minutes later, Vahid Amiri attempted a cross on from the left with Syria’s number 9 blocking his path and Al Soma’s misfortune continued as he was adjudged to have handled the ball inside the box, leading to the visiting team being awarded a penalty that Ehsan Hajsafi duly converted to make it 2-0.