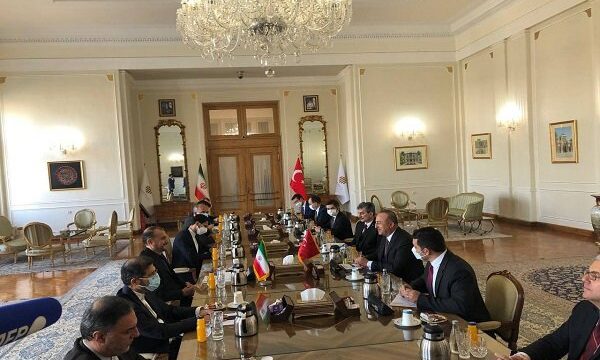 Welcomed by Hossein Amir-Abdollahian, the Turkish Foreign Minister held talks with his Iranian counterpart at the building of the Iranian Foreign Ministry.

This is Çavuşoğlu’s first visit to Tehran after Amir-Abdollahian was appointed as Iran’s foreign minister.