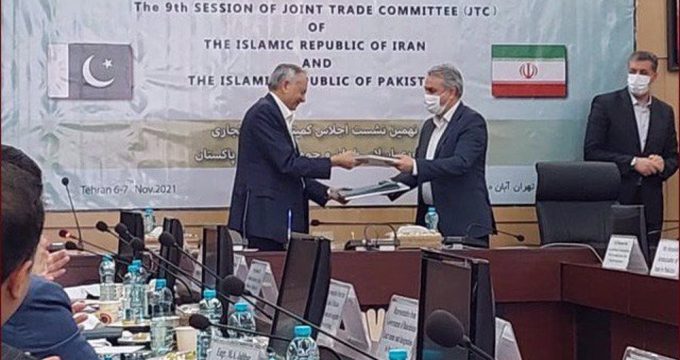 Iran and Pakistan have signed their first barter trade agreement to exchange Pakistani rice with Iranian LPG, marking a watershed in a quest to overcome the biggest hurdle to business between the two big neighbors.

For trade and investment, Iran’s wings have been clipped by the most draconian US sanctions, forcing the Islamic Republic and its trade partners to work out alternative conduits in the absence of the banking channel.

But such channels are not as simple and straightforward as the banking system and require a lot of balancing act for compatibility and compliance with the needs of the countries.

Countries which test them usually do it with much discretion on an exploratory basis, but the dividends could be huge in the long run based on how they work.

That is the prospect which Iran and Pakistan are looking for after they firmed up their first barter trade in Tehran where their Joint Trade Committee met with the visit of Adviser to Prime Minister of Pakistan for Commerce and Investment Abdul Razak Dawood.

“What I said to the Iranian side was, let’s start on a very small level. We export rice and import LPG; keep it simple let’s see how it works. When we become more experienced, we can increase more products,” he told us in an exclusive interview.

Other than the barter trade in rice, the two sides agreed on construction of border markets, and movement of trucks under the Convention on International Transport of Goods (TIR) cooperation for Pakistan to reach European and Caucasian markets and for Iran to access the Chinese market.

I’m happy to announce that at the conclusion of meeting of Joint Trade Committee today, Pakistan 🇵🇰 and Iran 🇮🇷 have a agreed on Barter trade in Rice, construction of Border Markets, movement of Pakistani trucks under TIR and Customs cooperation. pic.twitter.com/dRwMq8wMJ0

They also worked out their “grievances” with regard to exports of agricultural products and decided to add new items to their exchange list.