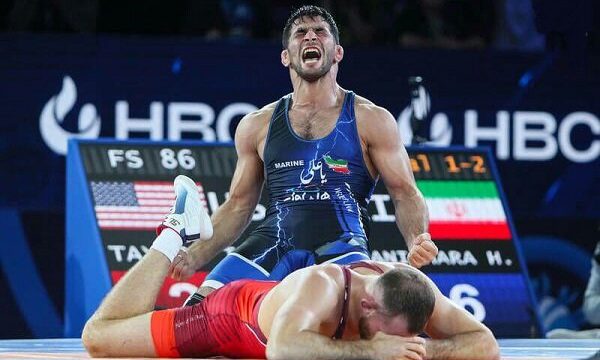 He defeated Russian wrestler Magomed Kurbanov 8-4 in the final bout of 92 kg.

Bronze medal went to Azerbaijan’s Osman Nurmagomedov and J’den Cox from the U.S.

Alireza Sarlak in the 57 kg, Amir Mohammad Yazdani in the 65 kg and Mohammad Nokhodi in the 79 kg have also claimed three silver medals.

The 2021 World Wrestling Championships is being held from Oct.  2 to 10 in Oslo, Norway.