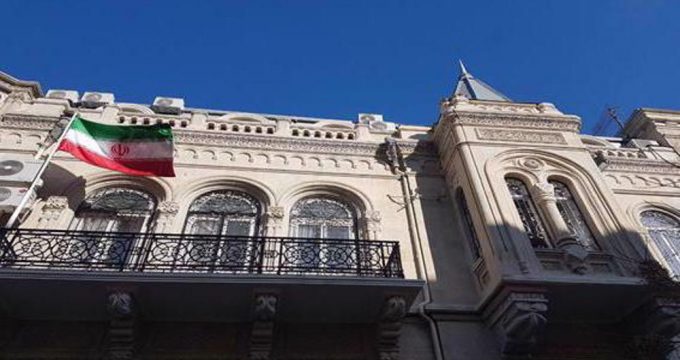 The Iranian ambassador to Azerbaijan has voiced the Islamic Republic’s strong protest over an attack on Iran’s embassy in Baku, saying Tehran will seriously pursue the case until a result is achieved.

Abbas Mousavi said on Friday that following the attack on the embassy the previous night and Iran’s protest through official channels, Azerbaijan’s diplomatic police and Interior Ministry have “identified, arrested and interrogated four” people in connection with the issue.

Earlier in the day, the Iranian ambassador vehemently rejected allegations leveled by his Israeli counterpart against the Islamic Republic, saying the Tel Aviv regime would never be able to achieve its dreams for the West Asia region.

His tweet came after Israel’s Ambassador to Baku George Deek claimed that Iran oppresses its religious and ethnic minorities and targets Jews in other countries, and said Israel, the United States and Azerbaijan “invest in our diversity and tolerance.”