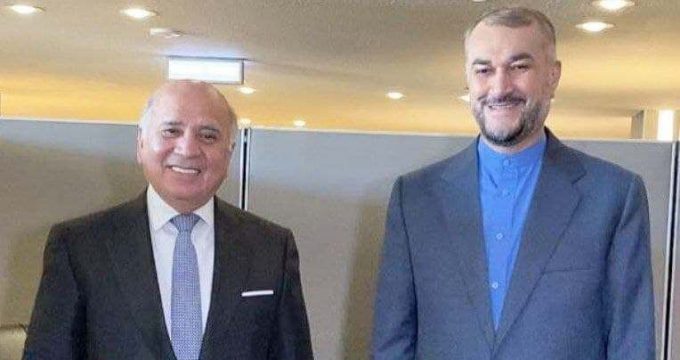 Iranian Foreign Minister Hossein Amirabdollahian and his Iraqi counterpart Fuad Hussein in a meeting reached an agreement on following up transfer of Iran’s assets.

The meeting was held on the sidelines of the 76th session of the United Nations General Assembly (UNGA).

Both sides discussed the agreements made during Iraqi Prime Minister Mustafa Al-Kadhimi’s visit to Iran and Amirabdollahian’s visit to Iraq to participate in Baghdad Conference for Cooperation and Partnership.

The two foreign ministers reviewed the latest developing in the region, the Persian Gulf, and Afghanistan.