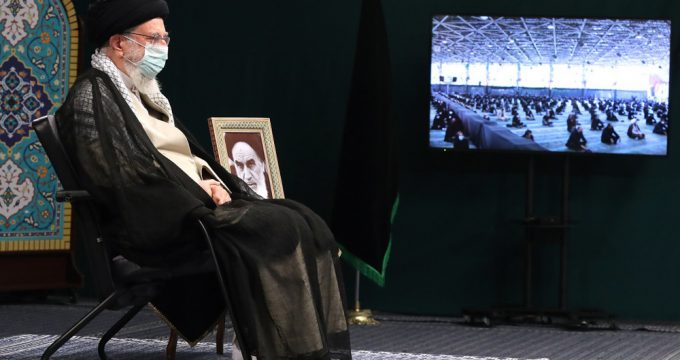 Leader of the Islamic Revolution Ayatollah Seyyed Ali Khamenei has called on Iranian students to uncover the truth and eliminate the ambiguities created by the enemy’s propaganda campaign against the Iranian nation.

“You, dear students, who are the fruits of the nation’s heart and the true hope of the country, light up your surroundings like a beacon and dispel ambiguities by paying attention to the issue of illustrating truths,” Ayatollah Khamenei said Monday.

The Leader addressed a group of University of Tehran students via a video conference during a mourning ceremony held on the occasion of Arbaeen, the 40th day after the martyrdom anniversary of Imam Hussein (AS), the third Shia Imam.

Ayatollah Khamenei said while the day of Ashura, on which Imam Hussein was martyred, was the peak of Imam Hussein’s struggle and self-sacrifice, and the ensuing 40-day period was the peak of the struggle to illustrate and uncover the truth, made possible by the Imam’s daughter, son and others who kept the events of Karbala alive.