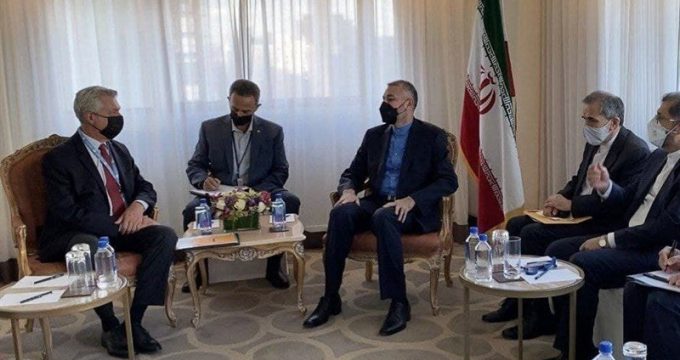 Iranian Foreign Minister Hossein Amirabdollahian called on the United Nations High Commissioner for Refugees (UNHCR) to play a more active role in the settlement of the critical humanitarian conditions in Afghanistan.

The top Iranian diplomat, who arrived in New York on Monday to take part in the 76th session of the UN General Assembly, held a meeting with UNHCR commissioner, Filippo Grandi.

In the gathering, Amirabdollahian stressed the need for the UNHCR to play a more active role in addressing the humanitarian crisis in Afghanistan.

He also noted that Iran, which has hosted millions of refugees, expects to receive international support.

Grandi, for his part, appreciated Iran for generously hosting the Afghan displaced people, and expounded on the latest conditions and challenges relating to human rights in Afghanistan.

The commissioner also gave a report of his visit to Afghanistan, explicated the UNHCR’s plans, and reaffirmed the UN agency’s commitment to addressing the problems of Afghan refugees.

In a telephone conversation with Amirabdollahian on September 9, Secretary General of the United Nations Antonio Guterres described Iran as a very influential country among the UN member states and praised the Islamic Republic for hosting the Afghan refugees generously.