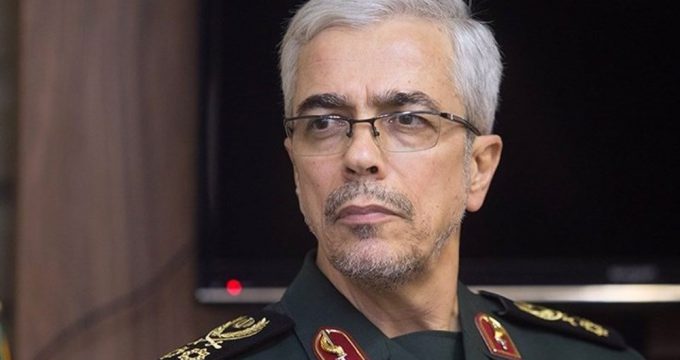 Chief of Staff of the Iranian Armed Forces Major General Mohammad Hossein Baqeri warned on Sunday that the military strikes against terrorist groups stationed in northern Iraq that have been in progress over the past two weeks will remain in place and may even expand.

Speaking to reporters on Sunday, Major General Baqeri blamed the Kurdistan Regional Government’s insufficient attention and the Iraqi government’s weaknesses caused by the presence of Americans for the activities of the armed anti-Iranian groups in northern Iraq.

Pointing to the recent strikes that Iran has launched against the strongholds of terrorists in northern Iraq, the top commander vowed that the Iranian Armed Forces will annihilate those terrorist groups by proceeding with the operations that have been carried out over the past two weeks in collaboration with and under the supervision of the Islamic Revolution Guards Corps (IRGC).

“It is the Iranian nation’s legal and logical right to enjoy safe and calm borders,” the general added.