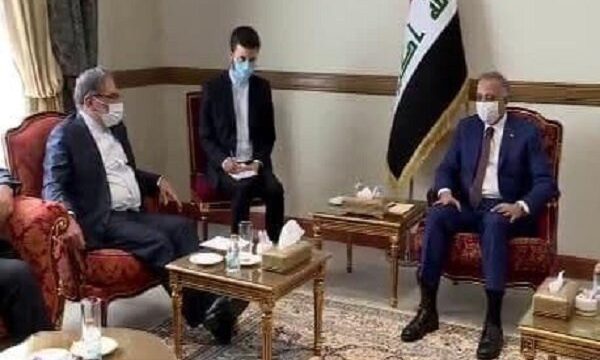 The top Iranian security official has called on the visiting Iraqi prime minister to expel the terrorist groups from the Iraqi Kurdistan region.

In the meeting, the top Iranian security official described the growing movements of terrorist groups that have bases in the Iraqi Kurdistan region as a matter of concern and a threat to the security of shared borders between Iran and Iraq and stressed the need for their immediate disarmament and expulsion from Iraq.

Admiral Shamkhani further linked the terrorist movements to the new US security doctrine in the region that will not only not contribute to security and stability but will also exacerbate the crisis and intensify insecurity in the region.