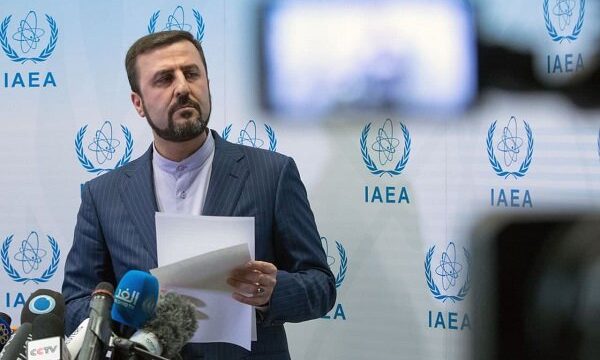 Iran’s Ambassador and Permanent Representative to Vienna-based International Organizations Kazem Gharibabadi stated that the International Atomic Energy Agency (IAEA) has to maintain its neutrality and professionalism.

Gharibabadi told reporters on Tuesday that all Iran’s nuclear activities, including uranium enrichment at various levels, are carried out within the framework of Iran’s nuclear rights under the Non-Proliferation Treaty based on Iran’s safeguard obligations.

He added that since the other parties have not fulfilled their JCPOA obligations in lifting sanctions, and the US policy of imposing illegal and unilateral sanctions on Iran still goes on, no one can pressure Tehran to halt its nuclear activities.

The ambassador criticized the IAEA act of recording data which goes beyond the safeguards and said that Iran had agreed with the nuclear watchdog in this area for a period of only three months so this report was completely politically-motivated and as such it neither creates any right for the IAEA nor any obligations for Iran.