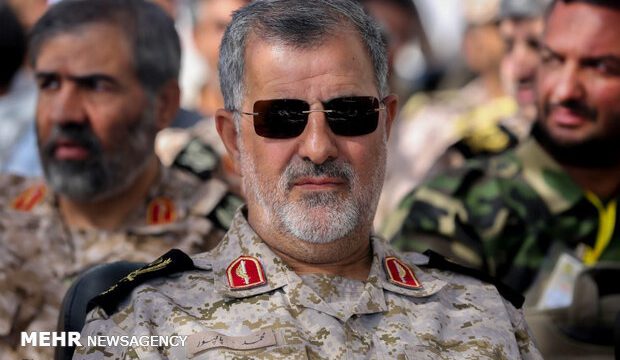 A senior commander of Iran’s Islamic Revolution Guards Corps (IRGC) has warned Iraq’s Kurdistan Regional Government (KRG) against allowing terrorist groups to use its territory to pose threats against security of the Islamic Republic.

Brigadier General Mohammad Pakpour made the remarks on Monday in reaction to recent moves by anti-Iran armed terrorists in the northwestern border areas of the country as he was inspecting military units and border posts in that region.

Noting that armed terrorist groups use Iraq’s northern territory as a base to sow insecurity in Iran’s border regions, the IRGC commander said, “Continuation of this situation is not tolerable for us and we will give necessary response to terrorists.”

General Pakpour noted that Iran has frequently warned and informed the KRG officials about the moves made by armed terrorist groups in their region to penetrate into Iran and scuttle the country’s security.