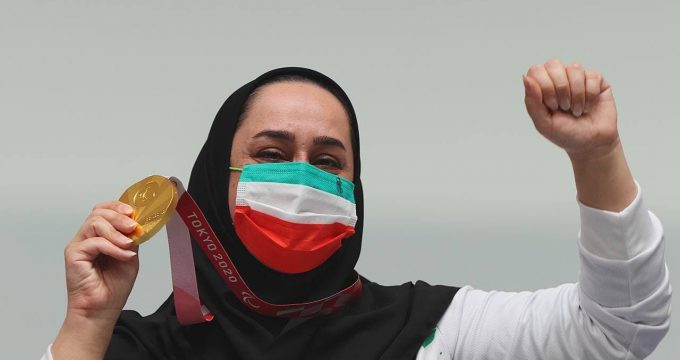 Sareh Javanmardi won the gold medal in women’s 10m air pistol in Tokyo Paralympic games and became the most decorated Iranian athlete of all time.

She gained 239.2 scores, staying before shooters from Turkey and Hungary who won silver and bronze.

With the score, Javanmardi broke Paralympic and world records in 10m air pistol, which was previously set by herself at 238.1 scores.