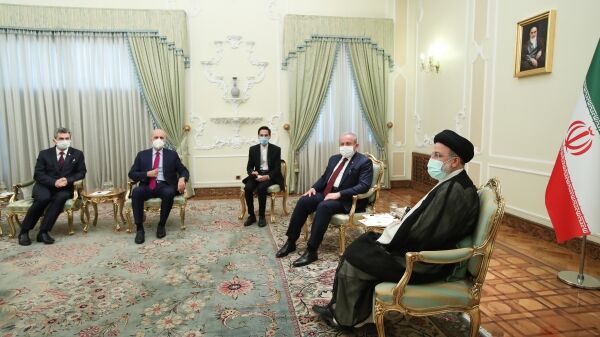 President Ebrahim Raisi said the betterment of good neighborly relations between Iran and Turkey is tied to further deepening multilateral ties between the two countries.

In a meeting with the visiting Speaker of Grand National Assembly of Turkey Mustafa Sentop here on Thursday, the president said the common beliefs the two nations share brings the peoples of the two countries even closer.

Highlighting Iran’s ever expanding ties with Turkey in all possible areas as Iran’s basic policy towards the brotherly neighbor state of Turkey, he also said Tehran and Ankara enjoy very amicable potentials for expanding and improving ties in every possible areas in a way that their cooperation in regional and international areas could progress in a more effective way.

The Turkish official convey the congratulation message of his President Recep Tayyep Erdogan to Raisi over his election as the new president of Iran and noticed that relations between Iran and Turkey surpassed that of two friendly neighbors.

He expressed hope that holding of upcoming supreme council of cooperation in near future will serve as a big step towards promoting bilateral relations.

Sentop also voiced concern over developments in Afghanistan and said lack of a satisfactory progress in the peace process has created a security void in the country which requires both Iran and turkey to help establish peace and stability there.