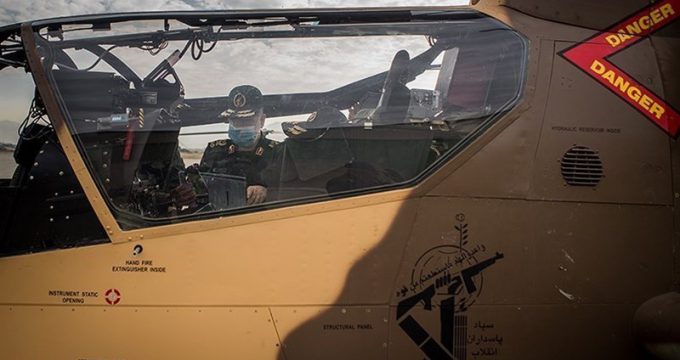 IRGC copters carrying out operations to put out wildfires in Iran

The Islamic Revolution Guards Corps Aerospace Force has performed more than 230 sorties in the past month to help extinguish wildfires in Iran’s woodlands, a commander said.

Speaking to Tasnim, commander of the IRGC Aerospace Force’s Aerial Operations, General Shamseddin Farzadi, said the military helicopters have performed over 230 sorties over the past month to assist in the operations to control wildfires in the southwestern provinces of Fars and Kohgiluyeh and Boyer-Ahmad.

He said the IRGC’s helicopters equipped with firefighting equipment have played a significant role in extinguishing fires in the woodlands of Marvdasht, Gachsaran and Yasouj.

Highlighting the IRGC’s assistance to the Iranian medical society in the fight against the coronavirus pandemic, the commander said the IRGC Aerospace Force has flown military transport aircraft to carry health personnel and medical equipment to the southeastern province of Sistan and Balouchestan, where the COVID cases have soared in recent weeks.

Iranian military forces play a leading role in the rescue and relief efforts during natural disasters in the country. The IRGC and the Army units have saved the lives of civilians in many incidents, such as floods and earthquakes.

Iran’s wildfires, IRGC July 18, 2021
Iran has a prisoner-swap agreement with US and UK in place: Spox
On Iran’s initiative, Tehran to host meeting on peace, sustainable security in Afghanistan; Afghan, intl. figures set to attend