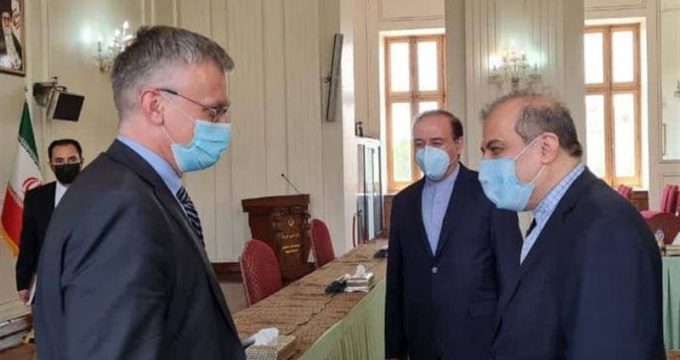 Ranking diplomats from Iran and Sweden discussed ways to resolve the crisis in Yemen and lift the blockade that has caused humanitarian problems in the Arab country.

In the talks, also attended by the Swedish ambassador to Tehran, they talked about the latest domestic and foreign developments regarding Yemen.

The two sides also exchanged views on the grounds for cooperation between Tehran and Stockholm in order to help resolve the Yemen crisis and ways to immediately end the humanitarian crisis in the impoverished country.

The Swedish envoy’s latest regional consultations and Iran’s efforts to help lift the blockade against the people of Yemen, establishment of a ceasefire and the peace process as well as eliminating the oil spill risk associated with the FSO Safer oil tanker were among the other issues discussed by the two envoys.

The war has killed tens of thousands of people, mostly civilians, and resulted in what the UN has described as the world’s worst humanitarian crisis.

Some 3.3 million people have been displaced from their homes and 24 million, or more than 80 percent of the population, are in need of aid, according to the UN.