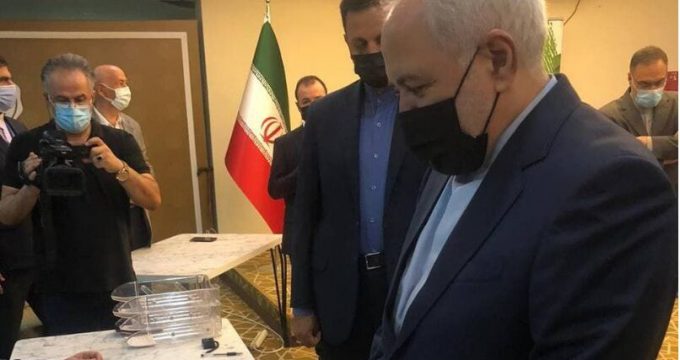 Iran’s Foreign Minister Mohammad Javad Zarif who is on a trip to Turkey cast his vote in the 13th presidential in a voting center in Antalya Friday morning.

Iran’s presidential election is being held nationwide and in 133 countries.

Some 500 international journalists from 226 foreign media are covering the event in Iran.

59,310,307 Iranians are eligible to vote, from which 1.3 million are first-voters and 3.5 million are Iranians abroad, according to statistics from the Ministry of Interior.

The 13th presidential election is held simultaneous with the sixth round of city and village councils elections, the first mid-term for 11th parliament’s by-election, and the second mid-term for the fifth Assembly of Experts election.