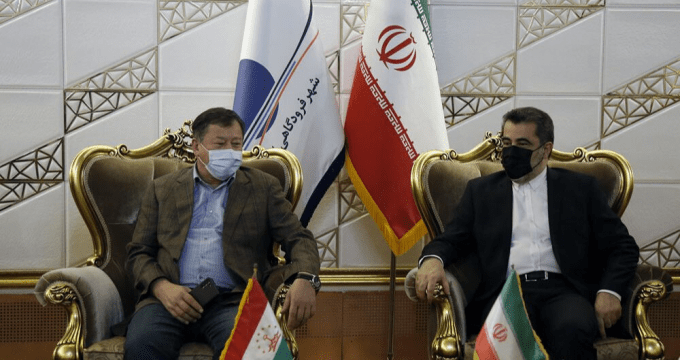 The official delegation of Tajikistan led by Interior Minister Ramazon Rahimzoda arrived in Tehran today to hold talks with high-ranking Iranian officials and discuss the issues related to bilateral security cooperation between Tajikistan and Iran and joint fight against extremism and terrorism.

According to the Ministry of Interior of the Islamic Republic of Iran,  Ramazon Rahimzoda will hold talks with Iranian Interior Minister Abdolreza Rahmani Fazli and discuss bilateral cooperation in the field of bilateral security cooperation between Dushanbe and Tehran and joint fight against extremism and terrorism.

The three-day visit of the Tajik minister is aimed at developing relations between the two countries.

Meeting with Iran’s Police Chief Brigadier General Hossein Ashtari is one of the main pivots of Tajikistan’s interior minister’s stay in Tehran.

Another program of Rahimzoda’s stay is visiting historical, cultural, and tourist attractions in Shiraz in southern Iran.

Iranian Interior Minister Rahmani Fazli had visited Dushanbe in February upon the official invitation of his Tajik counterpart and held talks with different Tajik officials during his visit.