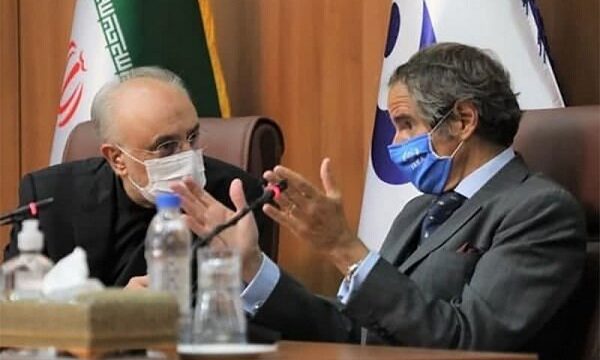 The message was a response to Grossi’s letter to Iran that was sent a week earlier, he said.

“Whereas the Technical Understanding was expired on May 24, Iran decided not to extend it, meanwhile, we decided to continue recording for one month aimed at providing another opportunity to conclude bilateral tech negotiations with the Agency,” reads part of Salehi’s letter according to Gharibabadi.

Iran has made every effort to cooperate with the IAEA in a substantive manner and by providing necessary explanations and responses, notes the letter, adding, Tehran welcomes the Agency’s readiness to engage actively with Iran aiming at promptly resolving several safeguards issues and expect that this interaction will soon lead to a practical outcome.

Gharibabadi also said that the recent report by the UN nuclear agency serves to verify the Islamic Republic’s implementation of a strategic parliamentary law that has widened the scope of the country’s nuclear countermeasures.

Gharibabadi added that what the Islamic Republic of Iran has done in line with the implementation of the law officially named as a ‘strategic action to lift sanctions and protect the rights of the Iranian people’.

Iran’s permanent representative to the international organizations based in Vienna further said “This report also clearly shows the implementation of Iran’s February 23 decision.”

The International Atomic Energy Agency’s latest report, published in the international media on Monday night, states that the Agency has not had access to data collected by its surveillance equipment in Iran since 23 February 2021.