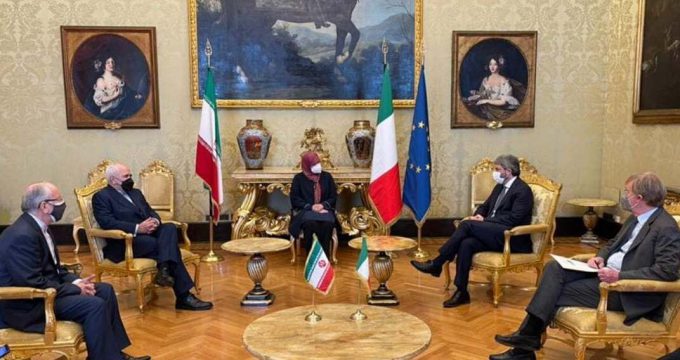 Iranian Foreign Minister Mohammad Javad Zarif, who is taking a European tour, held talks with the President of the Italian Chamber of Deputies Roberto Fico on Tuesday.

He also met and held talks with the Italian Minister of Foreign Affairs and the International Cooperation Luigi Di Maio.