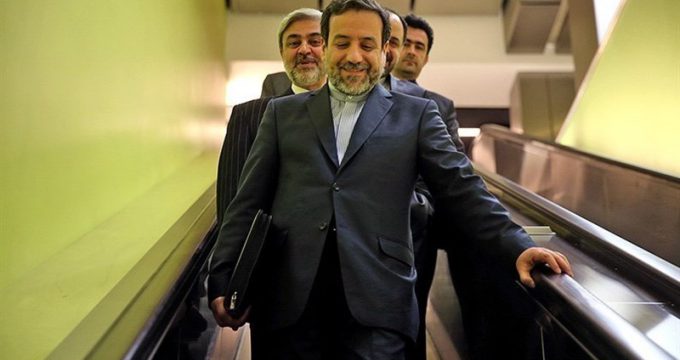 Iran’s chief nuclear negotiator said talks with the 4+1are progressing with both sides having to decide to sum up discussions to arrange a meeting on May 7.

Abbas Araghchi made the remarks at the end of the JCPOA Joint Commission meeting held in Vienna, Austria, on May 1.

Meeting of the Joint Commission of the Joint Comprehensive Plan of Action (JCPOA), from which the former US President Donald Trump withdrew unilaterally in May 2018, resumed in Vienna on Saturday with the participation of 4+1 and Iran.

As Araghchi said, it was the third round of talks while “we decided to make a halt again to accumulate.”

This round of talks which were held intensively at different levels has matured, the chief negotiator noted.

He went on to say that disagreements on the nuclear issue and the sanctions have become clearer.

In some cases, “we’ve entered the phase of writing the text and this lowers the pace as it needs carefulness,” he added.

Meanwhile, the talks are moving ahead, but it cannot be predicted when the agreement is reached, Araghchi underlined.

The format of the agreement is based on [Islamic] system’s stance, said he, adding that the other sides have their own stance, so it is no an easy task to bring views closer.

Iran attaches importance to lifting sanctions on energy, automotive industry, insurance and ports sectors as well as the removal of sanctions on individuals and institutions, Araghchi said while pointing to a prepared list on the issue.

There is agreement on lifting sanctions on the maximum part of the list, he noted.

As long as the stances do not come close to each other, the talks will continue, he concluded.

During past days, expert, technical, bilateral and multilateral talks between Iran and 4+1 have been held at different levels in Vienna, Austria, to reach an agreement on various issues.