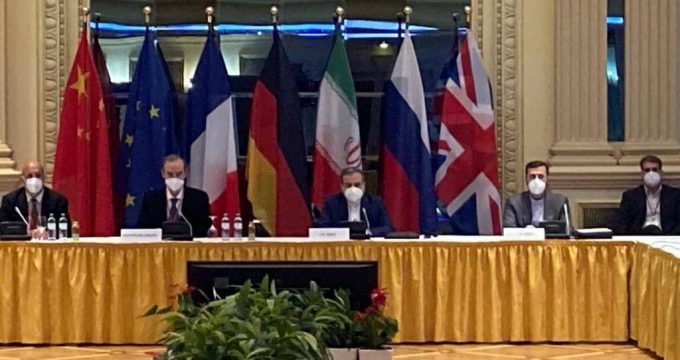 The first session of the new round of talks of the Joint Commission of Iran nuclear deal finished in Vienna today and the participants decided to accelerate the process of the talks.

The representatives of the member states agreed that activates of the expert groups of sanctions removal and nuclear issues should be intensified and speeded up.

They also decided to form a third group with the purpose of discussing the practical steps for removing US sanctions and Washington’s return to the deal.

Iranian negotiators stressed acceleration of the talks and their not becoming erosive.

Earlier today, representatives of Iran, China, and Russia stressed full coordination of the parties and removal of the sections all at once.