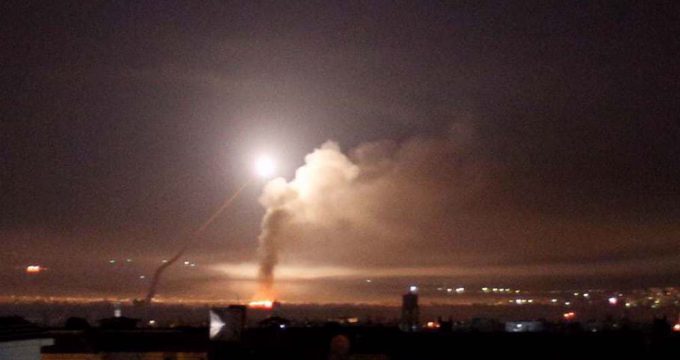 Syrian air defenses have intercepted Israeli missiles targeting the vicinity of Damascus, in a new act of aggression that was carried out shortly after Tel Aviv claimed a missile fired from Syria landed near the regime’s top-secret military nuclear facility Dimona.

“At about 1:38 AM today, the Israeli enemy carried out an air raid with a number of missiles from the direction of the occupied Syrian Golan [Heights], targeting some points in the vicinity of Damascus,” the source said.

The source added that Syrian air defenses intercepted the Israeli missiles and “dropped most of them.”

The Israeli regime’s military said earlier that a Syrian surface-to-air missile exploded in southern Israel and triggered warning sirens in an area close to the secretive Dimona nuclear reactor.

In response to the alleged Syrian attack, the Israeli military said, it targeted several missile batteries in Syria, including the one that fired the missile.

An Israeli military spokesman said the missile’s primary target was an Israeli aircraft in an earlier attack but it overflew its target and reached the Dimona area.

Damascus has not commented on the Israeli report so far.