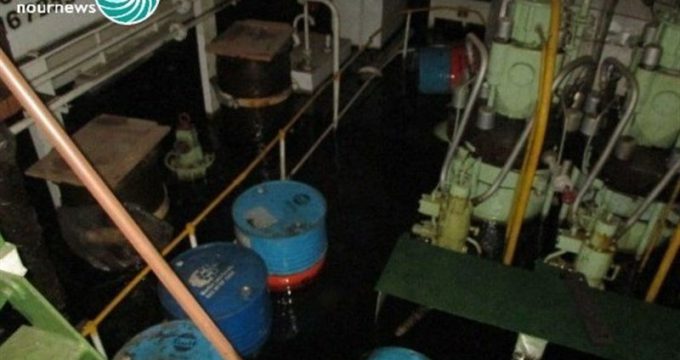 A crew member aboard Iranian trade vessel ‘Saviz’ gave more details of the incidents before and after a Tuesday attack on the ship in the Red Sea.

Speaking to Nour News, the crew member said an unknown helicopter was hovering over Saviz ship for about 5 to 10 minutes one day before the incident.

The sailor said that nearly 4 hours after the attack on Saviz, two unknown speedboats were patrolling around the Iranian vessel from 10 to 11 am local time.

Iran’s Foreign Ministry spokesperson said on Wednesday that Saviz has sustained minor damages after an explosion that occurred in the Red Sea off the coast of Djibouti on Tuesday, April 6, at around 6 am local time.

Investigations are underway to ascertain the source of the explosion and how it happened, he added.

The spokesperson explained that Saviz, a civilian ship, had been stationed in the Red Sea and the Gulf of Aden to ensure maritime security in the shipping routes and counter the pirates, noting that the deployment had been announced beforehand in coordination with the International Maritime Organization (IMO) as the regulating body.

“The ship was practically operating as Iran’s logistical station (technical support and logistics) in the Red Sea, thus the ship’s information and mission had been already announced to that organization (IMO) officially,” Khatibzadeh added.

Earlier reports suggested that the incident happened after the explosion of limpet mines attached to the hull of the Iranian ship.

An American official has told The New York Times that Israel has informed the US it struck the Iranian merchant vessel Saviz in the Red Sea on Tuesday.