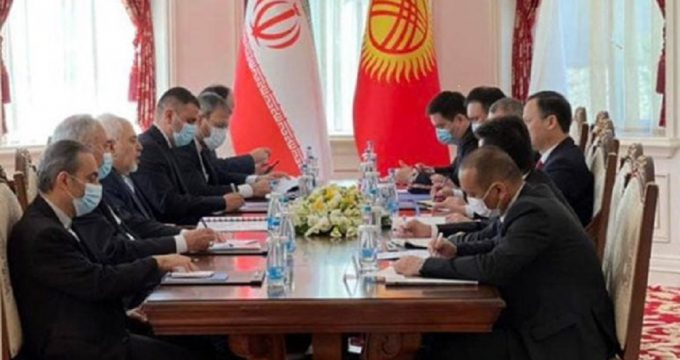 In a visit to Kyrgyzstan, Iran’s Foreign Minister Mohammad Javad Zarif has warned that instability in Afghanistan and the spread of terrorism in the broader region are common threats facing the two Asian states.

During a meeting with his Kyrgyz counterpart, Ruslan Kazakbaev, in Bishkek on Tuesday, Zarif thanked the government and people of Kyrgyzstan for their hospitality and congratulated them on holding successful elections.

“Today, I am very happy to be in Bishkek. I have the opportunity to talk to you at the start of the new government and emphasize the importance of Kyrgyzstan’s relations with Iran,” he said.

The top Iranian diplomat also referred to the deep historic, cultural and civilizational ties between the two nations and the people of the region.

“We have common interests and common threats,” such as insecurity and instability in neighboring Afghanistan and the spread of extremism and terrorism, Zarif said.

The common interests, he added, include benefiting from regional conditions to expand economic development and providing access to international waters and transit.