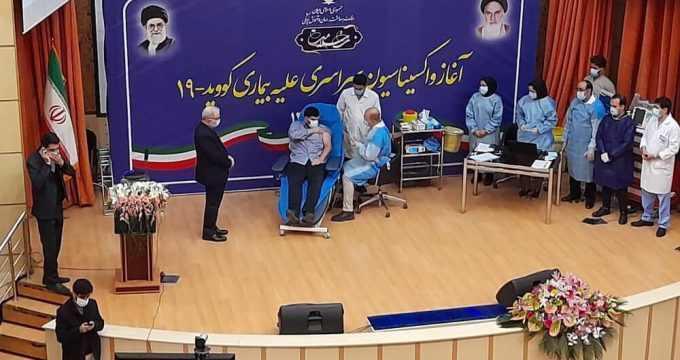 Upon the order by President Hassan Rouhani, Iran began vaccination against COVID-19 with a Russian-developed vaccine – Sputnik V – on Tuesday.

The son of Health Minister Saeed Namaki was the first Iranian person to receive the vaccine.

The top priority groups of people for vaccination are doctors and nurses working at intensive care units of the hospitals, Namaki said earlier on Sunday.

Namaki said that Iran has chosen and imported one of the least harmful and less dangerous vaccines after assessing the most credible vaccines available.

Iran insisted from the very beginning that it imports a vaccine only if it has already undertaken the third phase of its human trial, while some of the regional countries did not do so, the minister said.

Iran has also bought some 16.8 million doses of COVID-19 vaccine from COVAX for vaccination of 8.4 million people, he said, however noting that more vaccines are still needed to be imported.

Iran took delivery of the first batch of Sputnik-V vaccines from Russia on February 4.