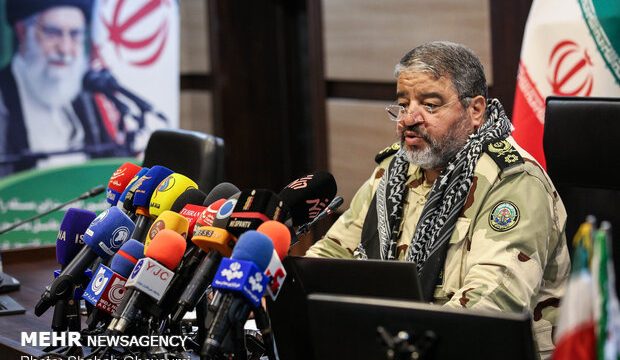 Large-scale vaccination can be basis of biological threats

The Head of Iran’s Passive Defense Organization said that large-scale COVID-19 vaccination can form the basis of future biological threats against the Islamic Republic.

Brigadier General Gholamreza Jalali made the remarks on Sunday, noting that the results of large-scale COVID-19 vaccination can provide valuable information to manufacturing companies that can form the basis of future biological threats against the Iranian nation.

Referring to the remarks made by the Leader of the Islamic Revolution regarding the ban on the import of American and British vaccines, he said that the US and the UK are among the countries with advanced biological weapons and they have used this technology against a number of countries.

“Why do Americans need 25 level-four biological laboratories near Iran, Russia and China? And why is no institution monitoring them?” he added.

Jalali went on to say that the US and Europe equipped Saddam with chemical weapons against Iran, adding that the Islamic Republic will not trust them under these circumstances.

He also underlined that one of the common methods of Americans to confirm the use of drugs is to study their effect on other nations, adding, “Certainly the Iranian nation, like many other nations, will not allow such tests.”