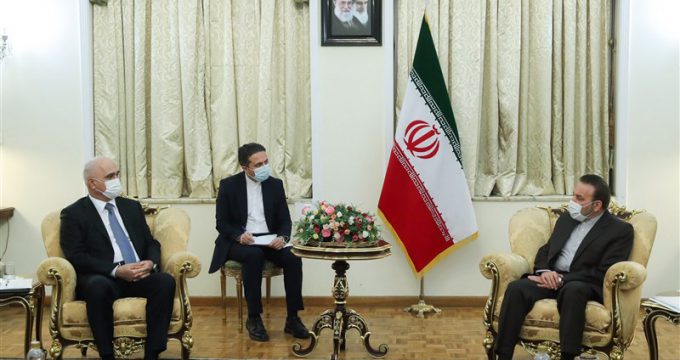 The chief of staff of the Iranian president voiced Tehran’s readiness to help resolve the conflicts between the Republic of Azerbaijan and Armenia over the Nagorno-Karabakh region once and for all.

In a meeting with Azerbaijan’s Deputy Prime Minister Shahin Mustafayev, held in Tehran on Tuesday, Mahmoud Vaezi hailed an end to a recent flare-up of military clashes between Baku and Yerevan.

“The Islamic Republic of Iran is prepared to help resolve the conflict between the two neighboring states permanently and decisively,” he added.

Iran maintains that disputes between the neighbors must be resolved through negotiations, as war would never replace political solutions, Vaezi added.

For his part, Mustafayev lauded Iran for its policies on the Karabakh dispute and for supporting Azerbaijan’s territorial integrity.

He also hailed Iran as a major country and a brotherly neighbor of Azerbaijan, saying his country holds strategic relations with the Islamic Republic.

Last month, Armenia and Azerbaijan signed a ceasefire agreement to end the war in Nagorno-Karabakh after weeks of conflict that re-erupted in late September, becoming the worst fighting in the region in decades.

Under the agreement, Yerevan and Baku agreed on November 9 to end hostilities under a Moscow-brokered deal that secured territorial advances for Azerbaijan in Karabakh and seven surrounding districts.

Nagorno-Karabakh is internationally recognized as part of Azerbaijan but has been populated by ethnic Armenians.