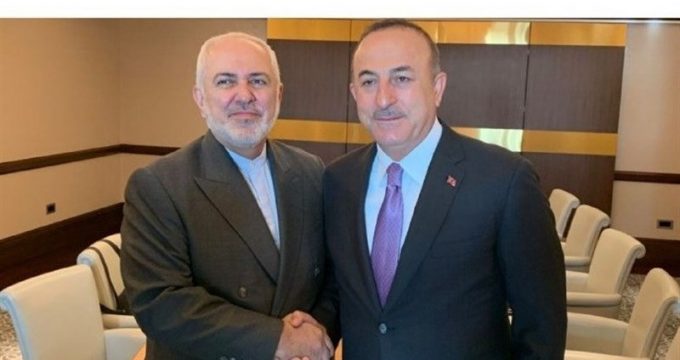 Erdogan unaware of sensibility of poem he recited: Cavusoglu

Turkish Foreign Minister said that Recep Tayyip Erdogan was unaware of the sensibility of the poem he recited during the ceremony on Thursday.

Mevlut Cavusoglu made the remarks in a phone talk with Iranian Foreign Minister Mohammad Javad Zarif on Saturday.

He went on to say that Recep Tayyip Erdogan was unaware of the sensibility of the poem he recited during the ceremony.

Iranian Foreign Minister also emphasized the significance of friendly relations between Iran and Turkey and expressed hope that both sides expand bilateral ties in the future.

Turkish President Recep Tayyip Erdogan traveled to Baku on Thursday to attend a military parade of Azerbaijani forces on the occasion of the liberation of the occupied territories.

At the ceremony, which was also attended by Azerbaijani President Ilham Aliyev, Erdogan recited a separatist poem about the Aras River on the Iranian-Azerbaijani border.