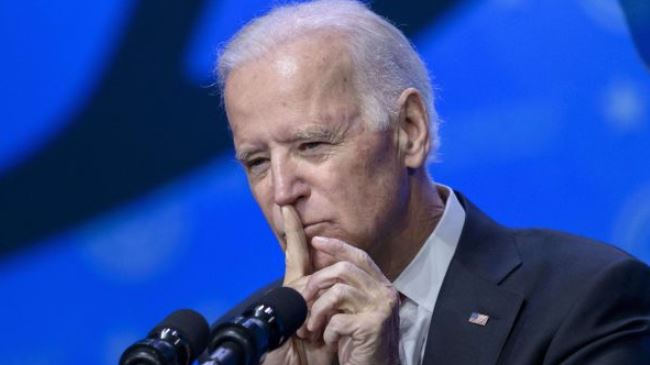 The United Kingdom, France and Germany have once again voiced support for the 2015 Iran nuclear deal as a “key achievement” of international diplomacy, welcoming statements by the US president-elect concerning a return to the multilateral agreement.

The statement, released on Monday, claimed that London, Paris, and Berlin had “worked tirelessly” to preserve the Joint Comprehensive Plan of Action (JCPOA), calling it “a key achievement of multilateral diplomacy and the global non-proliferation architecture.”

The countries also welcomed the statements by US president-elect Joe Biden concerning re-entering the nuclear deal with Iran and pursue a diplomatic path, saying, “This is in all our interests.”

In May 2018, US President Donald Trump withdrew Washington from the JCPOA, and since then, he has been piling sanctions on Iran as part of his administration’s so-called maximum pressure campaign.

In response to the US’s unilateral move and Europe’s failure to help Iran take advantage of the economic benefits of the deal, Tehran rowed back on its nuclear commitments five times in compliance with Articles 26 and 36 of the JCPOA.

As the Europeans continued to fail to put their verbal support for the deal into action, the Iranian Parliament (Majlis) passed a law last week to protect Iran’s interests against the Western sanctions.

Under the law, the Tehran administration is required to halt UN inspections of its nuclear sites and step up uranium enrichment beyond the limit set under Tehran’s 2015 nuclear deal if sanctions are not eased in two months.

The Islamic Republic has, however, stressed that its retaliatory measures will be reversible as soon as Europe finds practical ways to shield the mutual trade from the US sanctions or if the US decides to return to the JCPOA unconditionally and compensate for the economic losses Tehran suffered due to its abrupt pullout.

In the statement, the European trio voiced “great concerns” over the new Iranian law, urging Tehran not to implement it.

The new measures, they added, “would jeopardize our shared efforts to preserve the JCPOA and risks compromising the important opportunity for a return to diplomacy with the incoming US administration.”

In an interview with New York Times columnist Thomas Friedman, published last week, Biden said his incoming administration would seek a return to Iran nuclear deal ahead of broader negotiations over other issues with Tehran.

However, Iranian Foreign Minister Mohammad Javad Zarif has underlined that the 2015 nuclear deal with world powers is not open to renegotiation and that the US has to observe the agreement and the UN resolution that endorses it.

The deal “will never be renegotiated, period,” Zarif said on December 3, addressing the 6th edition of the Rome Mediterranean Dialogues 2020.