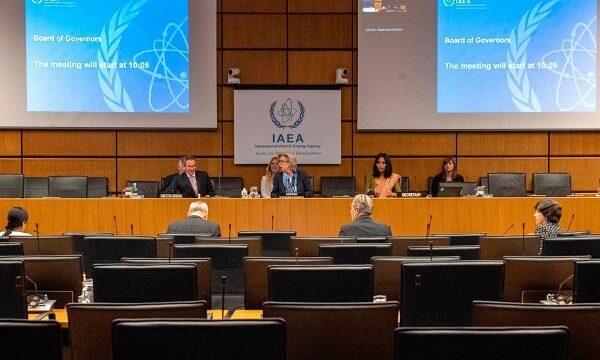 France, Germany and Britain say they are worried by an Iranian plan to install additional, advanced uranium-enriching centrifuges at Natanz nuclear facility.

The three countries, who are among signatories to a 2015 nuclear deal with the Islamic Republic, said in a joint statement on Monday that the plan is “deeply worrying”.

The statement came after Reuters leaked a confidential International Atomic Energy Agency (IAEA) report, saying that the Islamic Republic was planning to install three more cascades, or clusters, of advanced IR-2m centrifuges in the enrichment plant in the central city of Natanz.

“Iran’s recent announcement to the IAEA that it intends to install an additional three cascades of advanced centrifuges at the Fuel Enrichment Plant in Natanz is contrary to the JCPOA and deeply worrying,” the three governments, dubbed the E3, claimed.

Iran showed to the world the peaceful nature of its nuclear program by signing the Joint Comprehensive Plan of Action (JCPOA) with six world states — namely the US, Germany, France, Britain, Russia and China — in 2015. The nuclear deal was also ratified in the form of a UN Security Council Resolution 2231.

However, Washington’s exit in May 2018 and the subsequent reimposition of unilateral sanctions against Tehran left the future of the historic agreement in limbo.

In reaction to the leak of the IAEA report, Iran’s ambassador and permanent representative to international organizations in Vienna, Kazem Gharibabadi, last week called on the International Atomic Energy Agency to ensure confidentiality of safeguards information.

Iran also pledged to launch a “serious” lawsuit over the leak of confidential reports prepared by the IAEA.