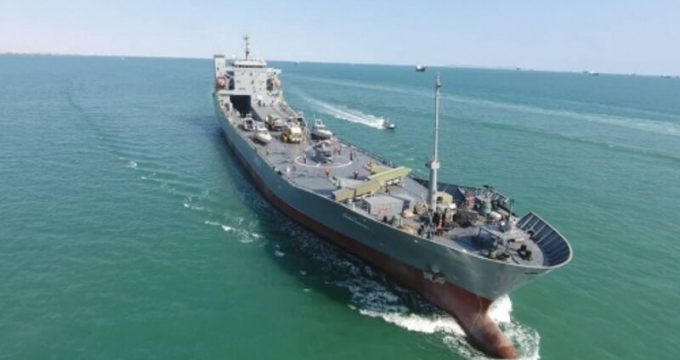 The ceremony was attended by a group of Iranian civilian and military officials including the IRGC Commander Major-General Hossein Salami.

The multifunctional vessel is capable to give logistical support for jetfighters, aircraft, drones, missile systems, and radars being carried on board.

The 400-ton Shahid Roudaki warship is 150 meters long and 22 meters wide. It is equipped with three dimensional radars, surface-to-surface and surface-to-air missiles. It can carry helicopters and operational vessels, all of which have been domestically-designed and made.