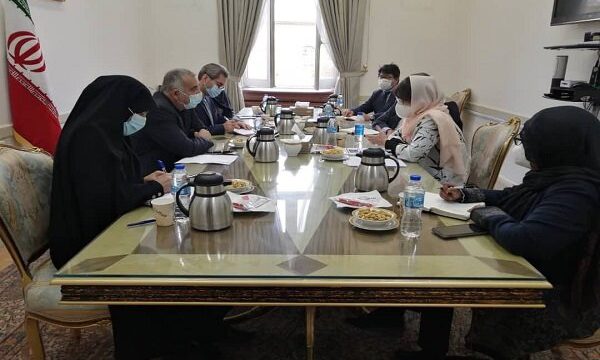 Heading a delegation, Deborah Lyons Secretary-General’s Special Representative for Afghanistan and Head of UNAMA has traveled to Tehran to discuss some issues over the Afghanistan affair.

Yesterday, she met and held talks with Mohammad Ebrahim Taherian, the Iranian Foreign Ministry’s special envoy for Afghanistan affairs over current developments, the political and security situation as well as the peace process in Afghanistan.

Hailing the support of the Islamic Republic of Iran to the people of Afghanistan and its efforts to resolve the problems of that country, Ms. Lyons announced the readiness of the United Nations to play an effective role in advancing the peace process and cooperating with countries in the region.