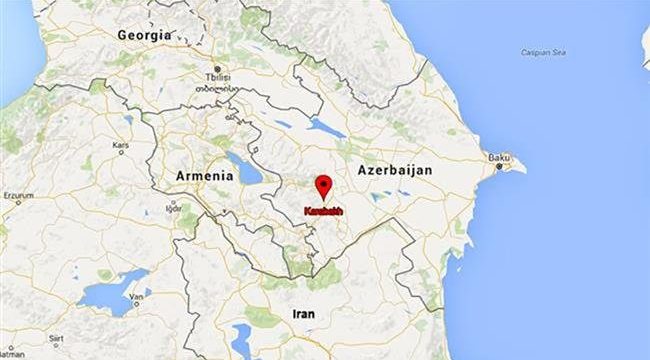 Azerbaijan has expressed gratitude to Leader of the Islamic Revolution Ayatollah Seyyed Ali Khamenei for his stance on the conflict with Armenia over the disputed Nagorno-Karabakh region.

“We highly appreciate the statement made by Leader of the Islamic Revolution Ayatollah Seyyed Ali Khamenei on the Armenia-Azerbaijan conflict and the support given to the territorial integrity of Azerbaijan,” said a statement released by the Azerbaijani Ministry of Foreign Affairs carried by Trend news agency on Tuesday.

It added that Ayatollah Khamenei’s position that Armenian-held territories “must be returned” to Azerbaijan are indicative of Tehran’s strong support for Baku’s position based on international law.

“We highly value the efforts of the friendly Iranian state to resolve the Armenia-Azerbaijan conflict, including the visit of the Special Envoy of the President of the Islamic Republic of Iran, Deputy Foreign Minister Seyyed Abbas Araqchi, to the region and the initiative on the settlement of the conflict as soon as possible,” the statement noted.
“We believe that the relations between our countries, built on historical roots, will continue to develop successfully and will serve to ensure peace, stability and prosperity in the region,” the ministry pointed out.

Speaking at a televised address on the occasion of the birth anniversary of Islam’s Prophet Muhammad (PBUH) on Tuesday, Ayatollah Khamenei referred to the current military conflict over the Nagorno-Karabakh enclave as “a bitter incident and a threat to the security of the region.”

“This military conflict must end as soon as possible. Of course, all the territories of the Republic of Azerbaijan occupied by Armenia must be liberated and returned to Azerbaijan,” while the security of Armenians must be preserved and international borders must be respected by the warring sides, the Leader said.

“Terrorists who, based on reliable reports, have entered the region should avoid approaching the Iranian border, and if they do approach the border, they will definitely be dealt with decisively,” the Leader warned.

Since September 27, a new wave of clashes, the worst in decades, has been going on between Azeri troops and the Armenian-backed separatists of the Nagorno-Karabakh region, with both Yerevan and Baku accusing each other of provocation.

The contested region, home to ethnic Armenian people, is internationally recognized as Azerbaijani territory, but it has been under the control of Armenian-backed separatists since the early 1990s after they seized it by military force.

Four ceasefire attempts have so far failed to end hostilities.

Tehran has put forward a peace initiative aimed at bringing an end to the conflict, which has killed more than 1,200 civilians so far.

Last week, Araqchi traveled to Baku on a regional trip to present the initiative and held talks with Azerbaijani President Ilham Aliyev and Foreign Minister Jeyhun Bayramov during his visit.

The tour also took him to Armenia, Russia and Turkey.

Armenia-Azerbaijan clash, Nagorno-Karabakh conflict November 4, 2020
Iran debt issuance up by 466% at over $3bn in half year to September: Report
Coronavirus infects 8,452, kills 419 in Iran in 24 hours