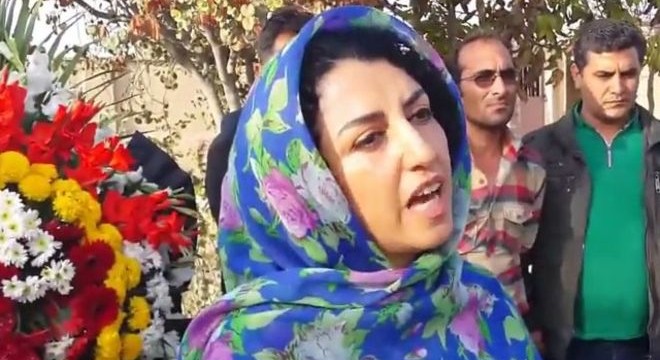 Iran has released prominent rights activist Narges Mohammadi, according to a report by an Iranian news agency, which said her 10-year sentence had been reduced.

A leading advocate for the abolition of the death penalty in Iran, Mohammadi was jailed in 2016 for founding a campaign group that was deemed to be an illegal splinter group.

She was freed Wednesday night, the chief justice of the northwestern Zanjan province, where she was imprisoned, was quoted as saying by Tasnim news agency. It did not explain why her sentence had been cut short.

In July, the United Nations called for her release after she was reported to have been showing symptoms of COVID-19. In August, her husband said she appeared to have recovered.

The Iranian judiciary said in March that it had temporarily released about 85,000 inmates in response to the coronavirus, including people held on security charges who say they are political prisoners; in late May many were returned to prison.

Amnesty International said in July that Iranian authorities had ignored appeals from prison officials to provide them with resources to stem the spread of the coronavirus within jails.

Rupert Colville, spokesperson for the UN High Commissioner for Human Rights, told reporters earlier this week prisons were severely overcrowded. “It’s impossible to isolate people and enforce physical distancing because of lack of space,” he said.

A report carried on Wednesday by Mizanonline, the official website of the Iranian judiciary, denied prisons were in poor condition.

It said 18 preventative measures had been taken in the past three months, including continuous testing of prison staff for the coronavirus, distribution of required medical items, isolation for infected prisoners and social distancing during family visits.

Colville said political prisoners include conservationists, dual nationals, human rights defenders, and lawyers, such as Nasrin Sotoudeh, who has been sentenced to 33 years for various charges under national security laws.