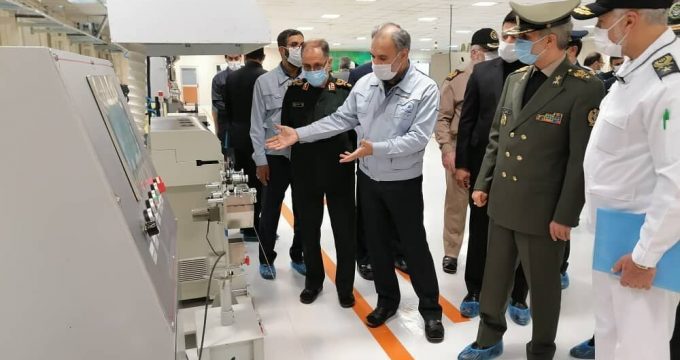 Iranian Minister of Defense and Logistics of the Armed Forces Brigadier-General Amir Hatami said that Iranian defense industry is self-sufficient in light of the various scientific and technology know-how achievements of Iran.

Hatami made the remarks on the sidelines of his visit to a huge factory in Mashhad which produces military and non-military teflon wires and cables.

He said that the company supplied the needs of country to produce high-quality items for application in defense, maritime, aerospace and missile industry.

Earlier, Chief of Staff of the Iranian Armed Forces Major General Mohammad Hossein Baqeri said that the defense industry is strongly supporting the armed forces to defend the independence and territorial integrity of the Islamic Republic of Iran.